Long before Jim became a “professional artist,” and before he left to serve in World War II, he exhibited in a major exhibition, the Forty-Eighth Annual Exhibition of American Art at the Cincinnati Art Museum.  The exhibition ran from November 8 to December 7, the day Pearl Harbor was attacked, in 1941.  He exhibited two pieces, Nuns Picking Poppies and On Way to Communion.  The first piece is in the collection of Dr. Robert Lebow, MD. The style of this water color painting is an extension of his work as a student at the University of New Mexico.  In fact, this work may very well have been from a scene in New Mexico.

The fact that Jim was included in this exhibition foreshadowed his dream of becoming an artist, something that would not happen until seventeen years later. 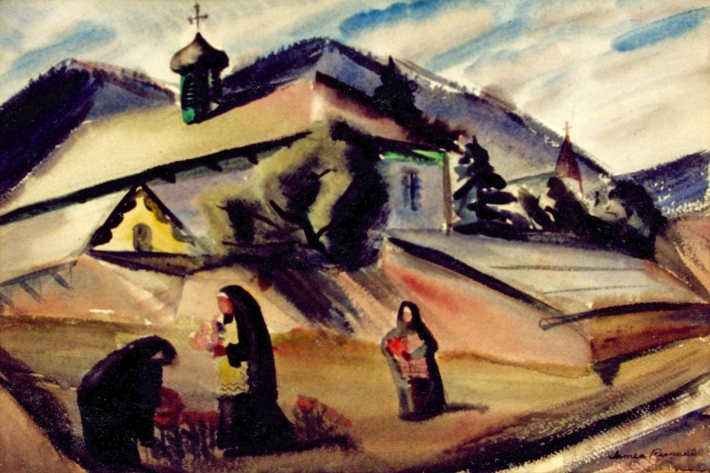